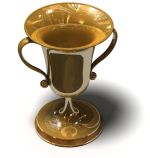 CB&I has announced that Lummus Technology has been awarded a contract by China Coal Shaanxi Yulin Energy & Chemical Co. Ltd for the license and engineering design of two light olefins recovery units. The plants will be located in Yulin, Shaanxi Province, China.

The recovery units, which use breakthrough technology to recover olefins (ethylene and propylene) produced from methanol feed, are each expected to yield 300,000 metric tonnes per annum (MTA) of polymer grade ethylene, and 300,000 MTA of polymer grade propylene.

In addition, the Olefins Conversion Technology from Lummus Technology was selected to upgrade the by-product produced by the light olefins recovery units into an additional 165,000 MTA of polymer grade propylene. The start-up of the first unit is expected in 2013.