A PENTA VALVE SURVIVES TO FIRE 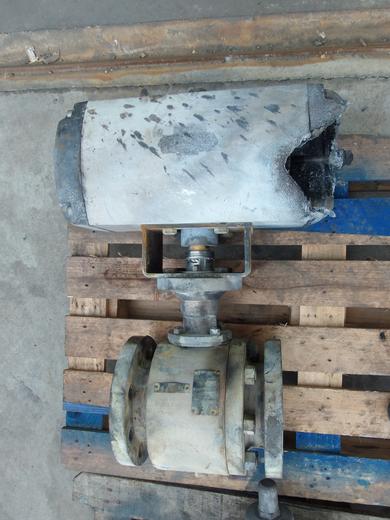 Client: One of the main refinery in Italy

Requirement: A valve that would work at +350° C and with seats that resist against galling and abrasion. A solution to prevent accumulation of catalyst powder in dead zones inside the valve body, around the ball surface and stem seals was also needed.

The body was in 316 s.s and the valve have been equipped with Pentafite self-lubricating seals and two scraper rings, to solve the problems of seat resistance against abrasion and accumulation of powder in body cavities.

This Penta valve was a success for its resistance and a solution for the catalytic reforming plant but also for what happened after.

Few days ago a fire broke out in the plant.
The refinery states that the valve has been exposed to the direct fire for about 20 minutes at a temperature higher than the melting point of aluminum (usually between +510°C and +650°C).

The time of exposure to fire was equivalent to that of fire test, usually made in our plant.

We are proud to say that, despite the actuator has melted, our valves continued to work and it was still operable manually with no external leakage when the fire was estinguished.