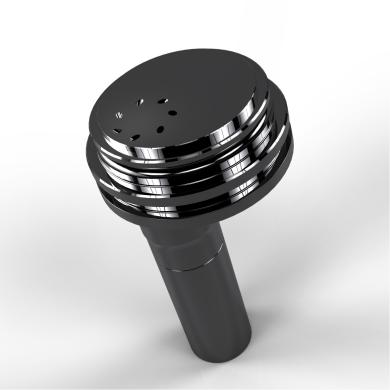 Typhoon® Philosophy:
The philosophy is CLEANER PRODUCTION through challenging the causes to separation problems instead of focusing on the effects that we often see other technologies do.

Duxvalves equipped with Typhoon technology is a new valve development to reduce mixing and emulsification of petroleum phases during flow control. This is based on a patented cyclone concept where the flow is forced to swirl through the typical DUX valve internal chamber, like in an atmospheric typhoon with a significant positive effect on downstream oil and water separability and quality, resulting in both cleaner oil and water phases.

Typhoon® Cost Reduction:
• Reduction use of chemicals
• Reduction production costs
• Finally it will give you more oil

Duxvalves:
At the Dutch section of the North Sea the first Duxvalves with Typhonix technology will be installed.