A sectoral highlight is already looming large! At the end of next year Valve Word Expo, 8th Biennial Valve World Conference & Exhibition will be held in Düsseldorf for the second time now. After its successful premiere in 2010 371 exhibitors from 34 countries have now already registered for the event. This means 80% of the planned exhibition space in Halls 3 and 4 is already booked!

So far total net exhibition space of 12,650 m2 is occupied. At the Düsseldorf premiere in 2010 the final area rented out was only just under 1,000 m2 more than this at 13,542 m2. At this early stage some 14 months away from the start of the trade fair this is a great interim result demonstrating the huge growth potential the valve sector still holds.

“In 2012 we aim to achieve an even better result than in 2010 and this was already very good with 535 exhibitors on 13,542 m2,” says a delighted Friedrich-Georg Kehrer, Director of Valve World Expo Düsseldorf. “This is why we made a conscious decision to also occupy two halls again in 2012, thereby allowing slow and healthy growth for Valve World Expo, Kehrer explained with reference to the two Valve World Expo Halls 3 and 4.

Those European firms already registering primarily come from the traditional producer nations Italy, Germany, Great Britain, Spain and the Netherlands. Participations are expected from Taiwan, China, South Korea and, in particular, from the US.

The 15 US firms have already rented more space now than their total area occupied two years ago. Generally, there is a noticeable trend toward increased trade fair presence – i.e. larger, more elaborate stands. Japanese and South Korean companies as well as firms from Turkey are all showing a stronger presence at Valve World Expo 2012 than in previous years. All sectoral leaders will be there! 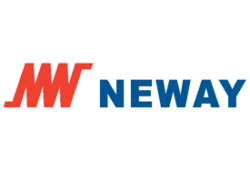