Times are changing for valve development and process optimisation. Prototypes are increasingly being phased out, as making them is time-consuming and expensive. Simulations, in contrast, are already available now and have a promising future. The revolution has been taking place for quite some time now, and will have numerous trends in store. 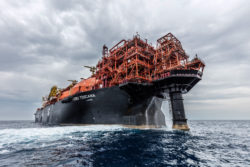 LNG is the future, as many experts agree. A development driving further demand for cryogenic valves. Source: www.siemens.com/presse

Valves with large nominal diameters pose a great challenge to engineers when designing a prototype. Making one and testing it is a laborious affair. Add time pressure to the picture, making delays unwelcome. Meanwhile, however, things are speeding up. Today, a flow simulation allows manufacturers to construct and produce a large diameter valve faster and easier than before.

Analysis of flow behaviour
Ebro, for example, is rather chuffed about this. The manufacturer of industrial valves, drives and automation technology uses FEM calculations to optimise the strength and functionality of its valve components. “Valve components used to be calculated using strength calculations from recognised technical guidelines, or based on the state of technology,” states chief designer Andreas Kohlscheen. Programmes such as Mathcad and Excel were used here. Meanwhile, CFD programmes for the analysis of flow behaviour are being used. They allow flow behaviour to be optimised, leading to increased flow rates and flow coefficients.

There are numerous reasons why valve manufacturers are increasingly making use of simulations. Simulations create “better insight for explaining and coordinating things with customers and project partners,” reports Werner Hartmann, head of sales at Hartmann Valves. Complex components can be represented far more clearly in 3D than in 2D. Errors are prevented thanks to the higher degree of clearness. Design data (CAD) is transferred to a computer-aided manufacturing programme (CAM). This considerably reduces effort for programming the manufacturer’s machines.

Determining edge conditions
Valve manufacturer Mankenberg also recognises the value of simulations. How do simulations achieve their results? First, a 3D model, for example of a valve disk, is created in a CAD programme. The model’s environment is then implemented around it, setting the edge conditions such as body, shaft and seat. “All conditions are then determined for the component, such as pressure, temperature, bed and additional, external loads, like gravity, torque, as well as axial forces,” explains Andreas Kohlscheen, Ebro. “Taking the correct edge conditions and loads into account, the model is analysed in view of sufficient strength in a FEM programme,” Kohlscheen continues. Should there be need optimisation following the first run, the model is redesigned and the process repeated. Modern simulation software offers additional support and routines for such tests. “If the model fulfils all strength conditions, the flow coefficient for various opening angles is determined, in order to simulate the flow behaviour of the disc for later operation”.

Attractive for continuous geometry changes
For practically implementing a flow simulation, the geometry is simplified for the simulation, and the flow body is then designed accordingly. Subsequently, the edge conditions are set. “This data is used to start and evaluate the simulation in an own solver,” says Michael Schröter, Mankenberg. The trend is currently going towards cloud-based solutions. “The required licenses are only leased and made available on the servers of the software provider”.

Werner Hartmann of Hartmann Valves sees simulations as especially useful for constantly varying geometries, in order to fulfil any special customer requirements. “3D design is especially worthwhile for custom designs”. Nearly none of the analyses conducted by Hartmann Valves can be transferred, as geometry or material vary between components. “Material independent kinematic, as well as stress and strain analyses where the material parameters have a decisive influence, are performed,” adds Hartmann.

Saving research and development costs
The results simulations provide are impressing, be it structural mechanics/ dynamics, calculation of temperature fields, or flows. “At the end of all successful simulations stands the actual production of the component with a very high degree of certainty in view its functionality,” declares Andreas Kohlscheen, Ebro. Simulations are especially useful for expensive and complex parts, with high production costs and a long life-cycle. Companies can thus steer clear from costs resulting from changes to and optimisations of the finalised component.

Simulations shorten development time and lower costs. “A flow laboratory with time-consuming scheduling, sample production and test setup isn’t required any longer,” emphasises Andreas Radius, a calculation engineer working for Ebro. Depending on virtual net and model quality, the results lie within the tolerance range comparable to real measurements in a flow lab.

Optimisation recommendations
Similar synergetic effects also are the case in the field of structural mechanics, for example samples don’t have to be produced to correct mechanical flaws. “The software is progressively becoming able to detect flaws through topology optimisations, and recommend optimisations all by itself,” explains Andreas Radius.

Depending on simulation requirements, the costs are naturally also subject to rise. “The higher the degree of real conditions a simulation has to fulfil, the costlier and complex the processes become,“ adds Kohlscheen. Current 3D CAD software already comes with simple simulations, featured as an add-on. “One can already achieve very good results here”.

Depending on software provider, the solutions on offer are standardised. “The required tools are increasingly being offered in bundles with, for instance, 3D CAD software,” reports Schröder, Mankenberg. A highly successful product: “In the last couple of years, 3D simulations have become a standard development tool. This is a requirement for fast and competitive development of a new product. Nonetheless, the costs for soft- and hardware still are “very high”. Training personnel to use the software also requires considerable investments, in addition to regular follow-up training. The various 3D tools also often require different specialists.

Degrees and training
Computational simulations based on models and algorithms can also be a challenge bringing employees to their limits. Basic knowledge of 3D construction, for instance with Autodesk Inventor, is required. “In order to achieve the most realistic result, one has to take the approach of a technical engineer to properly grasp and model a technical problem in 3D, as well as usefully define the loads and edge conditions,” explains Andreas Radius, Ebro. In the end, in-depth knowledge of the software being used is a basic requirement. In general, one learns how to think like an engineer generally when studying engineering. The software being used for 3D design, however, requires in-depth knowledge “and the implementation of training through the respective software provider of the simulation product”.

Development of simulation software is an ongoing process. A current trend is towards Multiphysics, with several 3D simulation tools in a software bundle. “One advantage is that parts of the programme, for instance the mesher, can be used jointly,” explains Michael Schröter, Mankenberg. Furthermore, interface problems are reduced to a minimum.

3D prints instead of samples
According to Ebro’s calculation engineer Andreas Radius, 3D printing and prototyping is an important trend. “Here, users are provided with a non-virtual sample to touch and evaluate”. The major advantage are lower costs and shorter timeframes compared to conventional sample production.

Time is on the side for 3D simulations. The scope of functions is already being reduced for 2D programmes. “On the part of manufacturers, this means one will have to jump ship in the long term,” foresees Werner Hartmann. Furthermore, 3D simulations offer a lot of advantages “and will therefore establish themselves as standard”.

A promising outlook
Ebro is convinced 3D simulations will be a standard. “Increasing competitive pressure entails more complex material and geometry optimisations, which cannot be managed with conventional methods of calculation,” declares calculation engineer Radius. In the meantime, both the hardware and software on offer has become more lucrative for small and medium sized businesses, and the software has become more intuitive and easier to use. Open source solutions have also become available, putting pressure on commercial software providers and their pricing models.

The future belongs to simulations. Germany’s Council of Science and Humanities also underscores this development, and sees simulations as an instrument of knowledge, unfolding itself highly dynamically. A promising perspective for valve manufacturers. 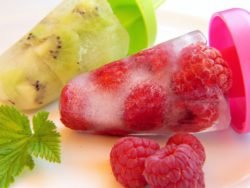