All a matter of taste! How about new, highly distinct beer wortsfrom small breweries, or even chocolate beer? Everything is available, as the beverages industry keeps coming up with new aromas, to make sure consumers won’t have to face dry spells. To keep kegs and bottles always filled, the sector requires high-quality and hygienic machines, as well as plants fitted with valves – forpure enjoyment. 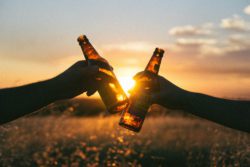 For the beverages industry, everything is in flow – an uncomfortable hiccup is quite the exception. Thirst for mineral water, lemonades and beers remains reliably high. Beverage producers however, keep watching market movements like a hawk. Valve manufacturers are highly aware of this development.

Major producers have swallowed smaller producers and are fighting in the market. “This means a higher level of competitive pressure for the diverse subsuppliers, such as Mankenberg, as the strategic purchasing departments of machine manufacturers are supposed to compensate ‘losses’ experienced selling whole plants,“ emphasises Dietmar Pallasch, head of Mankenberg’s sales force in Germany. Often enough, a shift can occur – for instance away from mass beers towards so-called craft beers, or special beers.

Craft beers in vogue
Even if the large breweries continue to dominate beer taps, craft beers are the latest rage. Craft beers are more like a tradecraft, brewed according to own recipes by small breweries. “The number of breweries in Germany and the varieties of beer will continue to grow in the coming years, also thanks to the craft beer movement,” says Dr. Jörg Lehmann, president of the German Brewers Association DBB. While there were around 1290 breweries in 2006, the number increased to 1410 ten years later. Pallasch: “Growth is continuous, but not excessive”.

Last year, the newly founded brewery “Kuehn Kunz Rosen” in Mainz fulfilled a desire to create a recipe for an own beer. Two business partners invested one million euro. Up to 30 hectolitres can be brewed in the plant. In Münster, the brewery “Läuterwerk” opened its doors in 2015, and the “Finne-Brauerei” was also founded in Münster – a citywhich once counted 150 breweries, yet today only a few. There is no question about it, the economic potential of the craft beer movement has just begun to unfold.

Expanding breweries
Seen soberly, the classical breweries still continue to have a grip on the market. The Paulaner brewery, for example, is expanding, and after moving to Langwied, the 4.4-acre site will offer enough space for new buildings.

For old-established breweries, the profitability of sites also is an important argument for change. Carlsberg sees a case for change for its Holsten brewery, in Hamburg. The traditional location in Altona had meanwhile become too small and wasn’t up-to-date anymore. Time for a change. Modern production and logistics facilities will increase economic efficiency. At the old site, loading trucks wasn’t allowed at night, due to noise emissions regulations protecting local residents. From early 2019, around 1 million hectolitres of beer will be produced at the new location, measuring around 67,000 square metres. 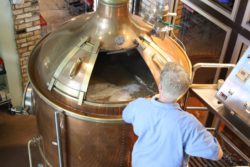 Valves manufacturers can continue to place their bets on a stable beer market, and thus on advanced components.

Hygienic processes
Needless to say, beer isn’t a modern-day invention. In Ancient Egypt, beer was already being brewed. Simple means were employed back then, while today beer of the highest quality is brewed, using modern hygienic processes. Various machines and materials are required to produce beer, not only knowledge of the art of brewing. In Germany, beer is produced according to the Reinheitsgebot (German purity law), the oldest food law. As such, the main focus for valves is onhygiene.

Valves are used in numerous positions of the brewing process – from the brewhouse to the fermenting cellar to filling. In numerous process steps beer is won from water, barley, hops and yeast. “The soluble, filtered extract gained from the malt when mashing is heated,” explains the valve manufacturer Gemü. This hot wort is then cooled down. Fermentation is the next important step. “For this purpose, yeast and sterile air / oxygen is added to the cooled wort. The oxygen serves to activate the yeast cells. This green beer is piped into the fermentation tanks. The yeast attenuates the extract / sugar in alcohol and carbon dioxide, releasing heat”. Furthermore, the typical beer flavour is created in this main fermentation phase.

Regulating excess CO2
It takes around seven days until the extract content is nearly broken down. The green beer is pumped into storage tanks to mature and continue fermenting for three weeks, at a temperature of 0-1°C. “The yeast deposited in the fermentation tanks is then withdrawn from the coneat the bottom of the container, washed and can beused for a new fermentation process in part,” explains Gemü.

A complex stainless-steel pipeline system is used to feed the wort into the fermentation tank, withdraw the yeast after fermentation, and move the green beer to the maturing tanks. In order to adhere to the operating parameters, various process variables need to be regulated. In particular, the pressure in the fermentation tank which comes into being because of carbon dioxide build-up must be kept. The saturation of the green beer with CO2 and hence the later beer quality is critically dependent on the pressure,” reports Gemü. However, if the pressure is too high, fermentation is slowed down. A controlled discharge of excess CO2 is therefore necessary. It can also be fed into a CO2 extraction plant, making it available for other processes.

Butterfly and diaphragm valves
“The feeding of the wort to the fermentation tank, shifting the green beer and emptying it from the storage tank later can be carried out using commercially available stainless steel butterfly valves,” emphasises Gemü. The company mounts switchboxes directly on the valve actuators, for actuation and monitoring. Next to the pneumatic pilot valves used to control the butterfly valves, they also allow electrical position feedback to a control room.

Pressure in the fermentation tank is regulated using positioners and process controllers. These controllers are also placed directly on the actuators of the butterfly valves. “They are allocated the specification of set values ‘W’ from the system control unit’s PLC”. Diaphragm valves with electrical position indicators can be used in smaller systems for feeding yeast and ventilating wort. 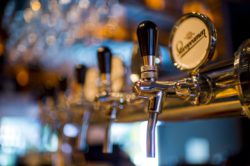 The beer sector requires high-quality and hygienic machines, as well as plants fitted with valves.

Polished valves in demand
According to Dietmar Pallasch, there is “an increase of the wish for polished valves, as the pipes installed already are polished”. Who wants to remain successful in the market, needs to observe certification requirements for new European and international standards, such as EHEDG, ASME BPE, 3 A and FDA. The requirements “will continuously grow. Welive in an increasingly internationalised world industry”.

Furthermore, the beverage industry expects high-quality materials such as high-alloy stainless steel, and for “minimal prices, as the lot size of components are already noteworthy,” explains Dietmar Pallasch. Customers also demand speedy delivery, quality and, most of all, delivery reliability, next to standards compliance.

A beer pipeline for Bruges
Much-loved by all, beer needs to flow. Any way possible. A clever idea of a brewery in Bruges, Belgium, created quite a stir. A beer pipeline connects the brewery in the historical center to a filling plant outside of the town core. This was highly liberating, as beer truckshad to press through the narrow, medieval lanes heavily frequented by tourists several times daily. As six million tourists a year visit Bruges‘ historical center, this was seen as quite a strain, which was also detrimental to transporting beer. Now 4000 liters an hour flow unhindered to the filling plant – naturally also with the help of valves.

The Wacken Open Air has also taken up on the idea of subterranean beer pipelines. Tractors used to transport beer kegs, battering the festival site. This wasn’t a situation the organisers behind the festival were happy with. Thanks to pipelines, the ground has been saved.

Alcohol-free beer in demand
Major events will once again ensure a good amount of beer. “After the German beer market had shown itself relatively stable in the last three years, the balance stated a slight decline in sales for 2017,” report “the German brewers” of the DBB. Last year, German breweries sold 94 million hectolitres beer, falling short of the prior-year result of 96 million hectolitres.

Nonetheless, the DBB maintains an optimistic outlook: “The number of breweries and the variety of beers will continue to grow in the coming years, also thanks to the craft movement,” as DBB president Dr. Jörg Lehmann draws balance. Further impulses come from positive growth in demand for alcohol-free beers. “Alcohol-free beers reach a share of 6 percent in Germany – trending towards further growth. Especially alcohol-free mixed beer varieties, such as alcohol-free shandy, were able to grow considerably in the last year”.

Nothing hints towards a dry spell. Despite all fluctuations, valves manufacturers can continue to place their bets on a stable beer market, and thus on advanced components.

The whole range of valves will be presented at the world`s leading trade fair VALVE WORLD EXPO, that will be held at Düsseldorf Fairgrounds from November, 27 – 29, 2019. 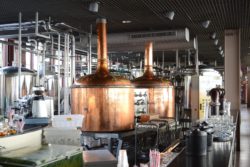